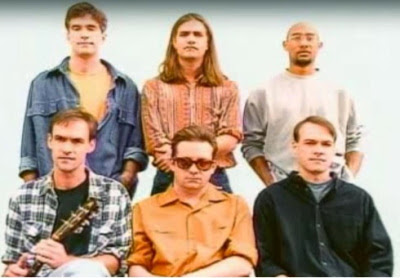 Following up on the previous The Connells post, here is a show from 1995, after the release and European success of Ring and their breakout hit there, '74-75', as they toured through Europe. This is a short but very sweet broadcast radio show (from Germany's WDR) in excellent quality. Although short (43 min), it contains several additional songs from Ring ('Running Mary',  'Disappointed', 'Burden', 'New Boy', and '74-75') that were not in the previously featured show, as well as a full performance of 'Choose A Side' (in the previous show song was cut due to tape flip). So, great stuff here, and the boys were enjoying their newfound (but unfortunately short-lived) rock star success in Europe. Alas, they never found the same level of success in the U.S. Very underrated band.

Thanks for your sharing, it helps me a lot and I think I'll watch your post more.
………………...
goldenslot
golden slot