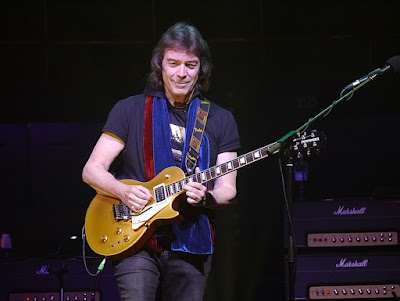 More Steve Hackett! Following the enormously successful Genesis Revisited extended tour (2013-2014) and the release of another acclaimed solo album (Wolflight, 2015), for his next tour Steve wanted to highlight the 40th Anniversary of his first solo album, Voyage of the Acolyte (1975) and feature his 40 years of albums up to his newest release, but he also wanted to continue the excitement that the Genesis Revisited shows captured (and by popular request and demand). So, Steve divided the shows into two  parts, the first featuring a retrospective of his solo career, with emphasis on his early albums (Voyage of the Acolyte and Spectral Mornings) and his latest album, Wolflight, and the second part was a continuation of the Genesis Revisited songs. But rather than play the same Genesis songs as in previous tours, he brought out a whole new assortment of classic Genesis, featuring several songs rarely ever heard live, including 2 great Foxtrot gems, 'Get 'em Out by Friday' and my personal favorite (and underrated masterpiece) 'Can-Utility and the Coastliners' and such tracks as 'The Hairless Heart' and the complete 'Cinema Show'. The only repeated songs from the previous tour was 'The Musical Box' and an encore of 'Firth of Fifth'. It made for a fantastic show. The tour title was a mouthful The "Acolyte to Wolflight with Genesis Revisited - The Total Experience Tour", but the show was even more packed, averaging nearly 3 hrs each night. And Steve did feature Acolyte, including 4 songs from that first album (as well as 3 from Spectral Mornings), but also highlighted his new album, with 5 songs from Wolflight for 2 sides to a magnificent show. The show featured here is from one of the very first dates of the tour and represented the best recording from the tour I could find. The tour went through the rest of 2015 and through most of 2016 as well. In 2017, Steve released his next solo album, The Night Siren. For the subsequent 2017 tour, Steve continued to do a mix of solo and Genesis songs, but now replacing the Wolflight tracks with the new Night Siren tracks, as well as once again adding some different Genesis tracks to the show. So, as packed as the 2015 show already is, I couldn't resist adding a couple bonus tracks from the 2017 tour, because he added a couple more Genesis rarely heard live tracks, 'One For the Vine' and the great 'Inside and Out', a Hackett composed song that was left off Wind and Wuthering and was relegated only to the EP Spot The Pigeon (1977). Hope you enjoy this wonderful show.

Tracklist:
Part 1 - Acolyte to Wolflight (Hackett solo catalog)
01 Spectral Mornings
02 Out Of The Body
03 Wolflight
04 Every Day
05 Love Song To A Vampire
06 The Wheel's Turning
07 The Steppes
08 Loving Sea
09 Star Of Sirius
10 Ace Of Wands
11 A Tower Struck Down
12 Clocks - The Angel Of Mons
13 Shadow Of The Hierophant 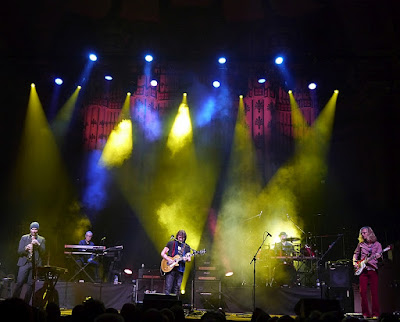 Really like your blog but am looking forward to when you move on from the progressive stuff. Thanks.

The FLAC links on the above post still work as they were uploaded to a different site, "mega.nz".

I'm thinking that there could be dozens, if not in to the hundreds of links on this site that no longer work.

Actually, the mp3 links work just fine, at least for most people. Unfortunately, Zippyshare has been blocked in several european countries (including UK, Germany, Italy, and Spain that I know of). This started last year in UK and has been spreading to the other countries in subsequent months. This seems to be related to ongoing legal (copyright?) issues with the site in those countries, and they have chosen to just block those countries from accessing it. I don't know if this is just a temporary or permanent thing. but I don't have any control over it, and I do not have the time or resources to move all my files over to some other filesharing service at this time, especially since they are still accessible to the rest of the world. Sorry. I have heard that the block can be gotten around by using VPN access (other sites can show you show to do it), but I have not tried this so don't know if or just how it works. Again, sorry for the inconvenience.