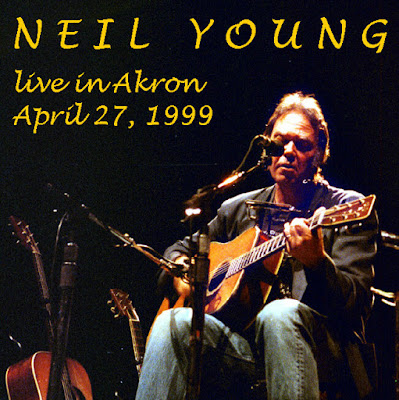 In the process of getting the previous post (NY, 1999-05-29-Austin) as a request for blog reader (Ted), we determined that he had one of Neil's 1999 shows that I did not have, so he sent it to me. And since it also is a very good recording, and I have not seen this show available elsewhere, here it is for all to enjoy. Like all the shows from this remarkable acoustic tour, it features a very eclectic setlist, with many Neil songs rarely heard in concert elsewhere (certainly not a greatest hits set by any means). I have recordings from a couple dozen of these 1999 shows, and each one is uniquely interesting and entertaining. So, here's some more acoustic Neil from the 1999 shows, and one that I hadn't heard before getting this from Ted. So, thanks for this one, Ted.

Thanks for these always love a bit of acoustic Neil. Take care and keep up with the blog.

Thanks for the wonderful shares.