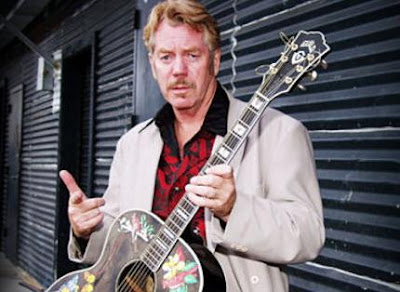 Here's some more from Dan Hicks, this time many years after his Hot Licks hey-day, when he re-emerged on the music scene with his new band, the Acoustic Warriors. Dan played and recorded (live album, Shootin' Straight - 1994) with this band for several years (although the back-up players changed periodically). However, by 2000 he went back to using the Hot Licks moniker for his band, and released a new studio album (Beatin' the Heat) complete with guest stars (and Dan Hicks fans) such as Brian Setzer, Elvis Costello, and Tom Waits, which served to revitalize his career, leading to several more albums over the next several years, culminating with the 2010 release Crazy for Christmas.   But here, you can catch Dan with his '80's band incarnation the acoustic warriors and Dan's unique version of Folk Jazz Swing.

Thank you for the Dan Hicks posts. He's is a genius. Was lucky to see him a bunch of times through the years. So much fun and such a talent!

Many thanks for this, loved Dan since I had Striking it rich as an LP match book cover. Happy days.

This is a treat indeed. I'm not sure about 'genius,' but he was years ahead of his time. Great post. Many, many thanks.