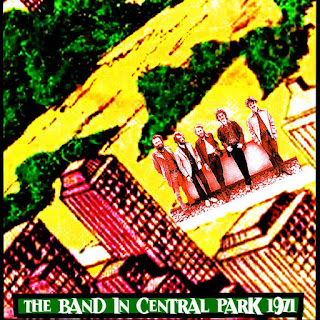 Sorry about the lack of new posts lately, but with trying to restore some of the old files, just haven't been able to get much new stuff ready. But anyway, since previous Band posts have been very popular, I thought I'd put up a few more of some of their not so widely available shows, for all to enjoy. This is a very good audience recording of a show in Central Park in 1971 that features most of their classics as well as a few lesser known songs. I'll put up more from The Band in a few days.

Much better quality recording than I might've assumed for 1971...great to hear the guys playing this hard...