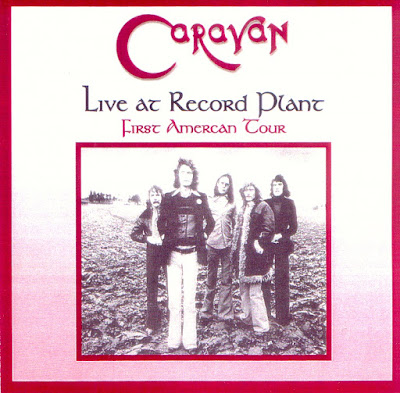 i already have this. caravan was so under appreciated.

As you mentioned they never quite got the recognition they deserved. Golf girls has always been one of my faves.

PS There is a problem wit the download. I get a hack warning from my provider and after bypassing that it doesn't download. The other Caravan is fine.

Narrow Dog,
Thanks for letting me know. Don't know why that happened just for this post, when others seem to be fine (and this one was fine previously). Anyway, I deleted those uploads and re-uploaded new ones, so there are new links now, that seem to be working fine.

Regarding Caravan, yes, they are quite good, but always seemed to fly under the radar. I liked them back in the day, but have to admit that I had pretty much forgotten about them. Now, after finding them again, I am really enjoying their catalog.

Hi BB all fine know. Many thanks for sorting this out. All these bands played on the Uni circuits way back in the early and mid 70's. Brings back memories of a carefree and misspent youth. :-)

PS just listening to this and it an excellent show. Great session great sound.

Great to find some live Caravan..cheers!