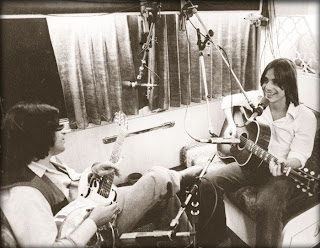 Sorry for the long gap between posts, but I have just been very busy the past month, and have been away much of that time, without access to my music files. But now, I will continue with a few more Jackson Browne shows, from early in his career. This is an excellent quality recording, from around the time of the release of his 2nd album, For Everyman, in fall 1973 (although some sources for this show claim it is from 1972, instead, but based on the setlist - including several For Everyman songs that he was not playing in '72 - I'd stick with 1973). Here we have a nice mix of songs from the first 2 albums, as well as a few that are not on any album, and with the wonderful David Lindley accompanying Jackson (for the first of many times over the years) on fiddle, guitar, and mandolin. Just a wonderful show from these early years.

You may find this of interest:

Jackson Browne, from the WW1 Superstars In Concert discs. Sorry about using Rapidshare, hope you don't have trouble downloading it.

Hello,
For (little) information, the guy in the picture with JB is not David Lindley but Kanny Kootch so this picture is unliukely from 1973 as indicated but rather later (certainly around 1976 - running on empty album)