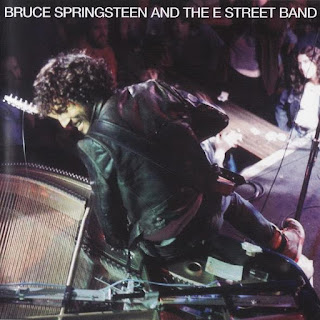 So far, in this brief look at all-time classic bootleg albums, we've focused more on unreleased albums, but of course live recordings are a major part of all bootlegs, and when it comes to classic live concert recordings, Springsteen is near the top of the list. So, here is a classic show from fairly early in Bruce's career, from the Born to Run Tour, as Bruce was on the verge of going from a local NJ-NY favorite to a national (and international) superstar. This show has been rated as one of the very best quality recordings from this period, and is certainly a classic, as audiences were getting to hear most of the Born to Run songs for the very first time. So, here is Bruce and the E Street Band, in fine early form, in October 1975, shortly after Born to Run was finally released, at the Roxy Theatre in LA, establishing himself as 'the next big thing' in rock (It was just one week later when he appeared on the cover of both Time and Newsweek simultaneously, and he was the artist everyone was talking about).  Anyway, here is Bruce, back in the Born to Run days, before all the 3-hour plus concerts, big stadium shows, and superstardom; they were just a hard-working Rock band, but in every way showing why they became as big as they did, starting with this album and tour. So, gfor all who doesn't already have this, here's the Boss in '75.

I love this period, pre stadium intimate and not bad sound quality. Put it on in the car crank up the sound put down the top and drive.