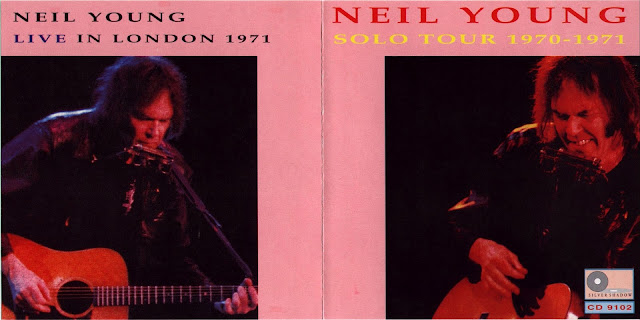 OK, in anticipation of Neil's oft-delayed, hopefully soon-to-be-released Archives Vol. 1, here is some vintage Neil from his Solo Tour of 1971 [Ed. note: Neil's Archives Vol.1 was finally released in 2009, covering from 1965-1972]. This high quality recording captures an excellent performance featuring early versions of many new songs (soon to become classics) that would be on the upcoming Harvest album (but which would not be released for more than a year after this show), as well as some Buffalo Springfield songs. All in all, a great solo show. This version is speed corrected from the original bootleg CD (Silver Shadow silver disc), and the final song was added from a different source, to provide the complete show.

thank you so much for this link! love your musical taste

Hi there - I am a huge fan of this recording but haven't heard it since 1997, when I had a cassette tape version of it which has since gone the way of the dinosaur.

Any chance you could re-post?

Many thanks for re-posting the link. Love it!