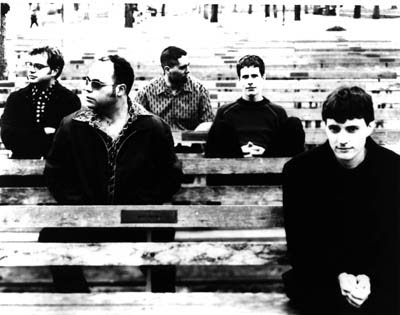 
Here's another radio show from fairly early in BNL's career, this one as they return home after the widespread success of their first album (at least in Canada, it would be a couple more years before they attained success in the U.S.). Here they perform almost the entire first album, as well as several new songs that would later appear on their second and third albums. Already by this time, the band had a much more professional approach than the earlier wilder shows (pre-first album). They are still having fun, but now put more emphasis on the music than the craziness. An excellent show. Enjoy.

Can you please update the link again?