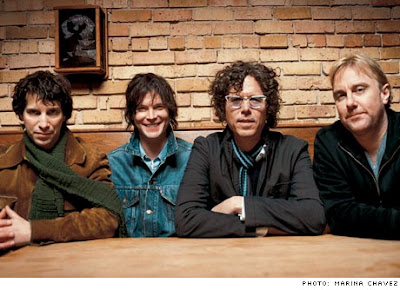 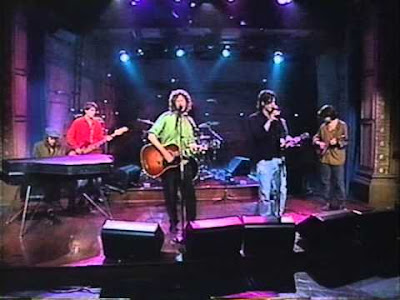 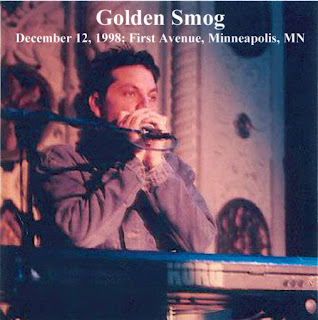 This band was something of a revelation for me. Although it has been around (on and off) for over 20 years, and is comprised of well-established musicians from some well-known other bands (Soul Asylum, The Jayhawks, Wilco, etc.), all of which I also like, I was completely unaware that this band existed until a couple months ago. Then after I got a chance to hear some of their music, I was even more surprised that I had never heard them before, because they are right up my alley, and I really enjoy their stuff. This band may just be something of a low-key side project for these guys, but they make some very entertaining, thoroughly enjoyable music. OK then, for others out there who also may not be aware of these guys, Golden Smog started way back around 1989 when a fluid assortment of musicians from various Minneapolis-area bands got together to hang out, jam, and have fun performing cover songs at area clubs. By 1992, the lineup had settled to include Dan Murphy and Dave Pimer (of Soul Asylum), Gary Louris and Marc Perlman (of The Jayhawks), Kraig Johnson (of Run Westy Run), and drummer Chris Mars (of The Replacements), with the band playing primarily alternative country-rock covers of a wide variety of songs, with a loose and ragged style. They even released an EP , entitled On Golden Smog (with band members using various pseudonyms) of some of their covers. As they went on, they started adding in some original songs as well. By 1995, Mars left, replaced by Noah Levy (of the Honeydogs), and Jeff Tweedy (of Wilco) also joined in, and they began work on their first-length album consisting of mostly original material, which was released in 1996 and titled Down by the Old Mainstream. Also around this time, they also started some touring outside of the Minneapolis area. After changing drummers again, now adding Jody Stephens (of Big Star), they released their 2nd full-length original album, Weird Tales, in 1998, and by now they really seemed like a full-fledged band, and what a fine album this is. After some years of inactivity, they got back together in 2005, releasing 2 more albums, Another Fine Day (2006) and Blood on the Slacks (2007). Although all of the members were full-time members of other (more famous) bands, the albums don't seem to be in any way second-rate or afterthoughts, but rather just have a different feel and style from their primary bands. I don't know of any plans for further Golden Smog albums, but I wouldn't be surprised to see or hear of some form of Golden Smog performing and recording again. This is a great-sounding recording from 1998, after Weird Tales was released, from one of the Minneapoils clubs where they started, First Avenue, with a wonderfully eclectic set featuring original songs from their albums and some entertaining and diverse covers (from Elvin Bishop to Neil Young to Split Enz). So great to hear a band like this, with its mix of well-known musicians, but no egos, very low-key, and just playing what they want, for the enjoyment of it.  I hope others find out about and enjoy these guys like I did.

Posted by BBKron at 4:12 PM No comments: 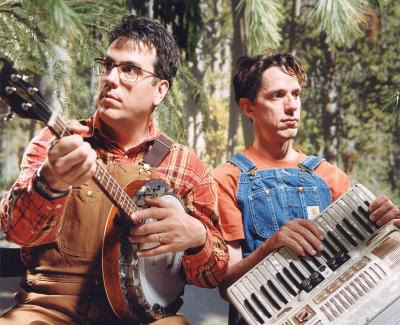 Hers's one more from TMBG, still from their earlier days, but a couple year's later, around the time of the release of their third (and breakthrough) album, Flood. It's interesting to hear the Flood songs as they were originally performed live at the time, compared to the recent live versions of these same songs, as they are now performed, in the Flood Live album download (posted last month). This is a very good european FM broadcast recording.

Posted by BBKron at 7:43 PM No comments: