So, here is my version of the ‘Ultimate’ Kinks collection, a 4-CD+ compilation of the very best Kinks music, spanning their entire career. Divided into 4 CD-length sections (although I cheated a bit on the last disc, as it contains more than will fit on a single disc). These are what I consider to be the essential tracks that every serious listener of Kinks music wouldn’t want to be without. Unlike other collections, these are fairly evenly dispersed throughout the Kinks illustrious career. I tried to adequately represent each album and time period, however, of course, the best albums have many more worthwhile tracks that all could not be included here, while for some of the lesser albums, this collection contains all the highlights. Of course, these are my personal selections, but as far as I’m concerned, there is not a skippable track in the whole set. These are the Kinks songs on my mp3 player. Unfortunately, this collection is not easy to obtain, short of acquiring the entire Kinks catalogs, since none of the compilations or collections contain all of these gems. For more info and advice on starting your own collection of Kinks Classics, see the related blog entry on ‘Starting your Kinks Collection’.

That’s a total of 94 songs. The first three ‘discs’ each fit on a single CD (76-79 minutes), but I cheated a bit on the last ‘disc’, as it does not all fit on a CD (clocking in at about 94 minutes). I just didn’t want to cut out anything else, just to make it fit (the CD format isn’t really relevant anyway, since this is primarily a ‘playlist’ for mp3 players, rather than a real 4-CD compilation). If you really want it to fit on 4 CDs, the final 4 songs could be removed, as these are from the final albums and not considered ‘Classics’. I, however, think they do belong, and are worthy additions to the collection. One other note, is that I did not include any ‘Live’ tracks on this collection (other than ‘Slum Kids’, of which no studio version exists), it is entirely their ‘studio’ output. Although The Kinks have many great live albums and concerts available, I prefer to keep the ‘live’ stuff separate from the studio versions, and generally don’t like collections that mix the two (especially when they substitute some live version of your favorite song in place of the ‘original’ classic. Also, Live concerts should be heard in their entirety, and not divided up into song collections. For some great Live Kinks, check out the bootleg offerings available elsewhere on this blog, and also the official Live releases.
After making this compilation, it was clear that there were still a lot of very good songs that didn’t make the cut. So, since I am already at 94 songs total, let’s add a few more to make it a Top 100 all-time Kinks songs. Here are the additional 6 songs I would add in to bring the total to 100 great Kinks songs:

1. Party Line (from Face To Face)
2. Do You Remember Walter? (From The Village Green Preservation Society)
3. Australia (From Arthur)
4. Motorway (From Everybody’s In Showbiz)
5. Full Moon (From Sleepwalker)
6. Summer’s Gone (from Word of Mouth)

If I’ve left out any of your particular favorites, let me know. What are your favorite Kinks songs?

To purchase albums by The Kinks, or just to get more information on titles available for purchase, click here for Amazon.com, or some other authorized sales site.

For more information on The Kinks discography, songs, lyrics, and all Kinds of other things about The Kinks, visit the excellent unofficial Kinks Web site at http://kinks.it.rit.edu/ , run by Dave Emlen.

The ‘Sitting’ EP:
1. Sittin’ On My Sofa (b/t on The Kink Kontroversy)
2. Sitting by the Riverside (from VGPS)
3. Sitting In My Hotel (Everybody’s in Showbiz)
4. Sitting in the Midday Sun (from Preservation Act 1) 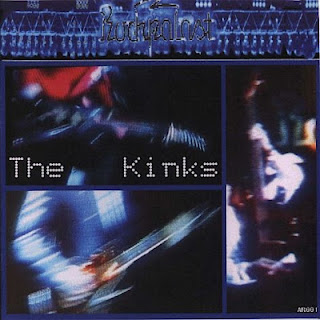 Here's a very good, complete Kinks show from 1982 that is not as widely available as the Tokyo soundboard recording from the same tour, and contains several additional or different songs from that recording. Excellent version of Celluloid Heroes among other classics. 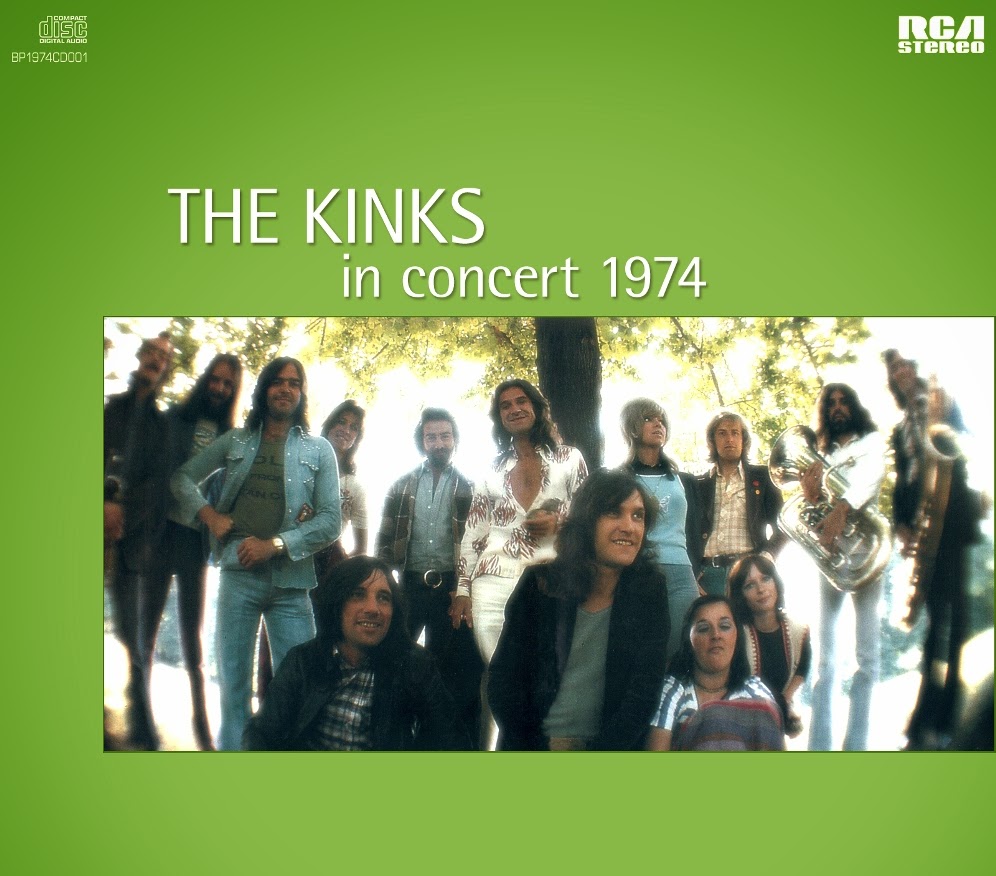 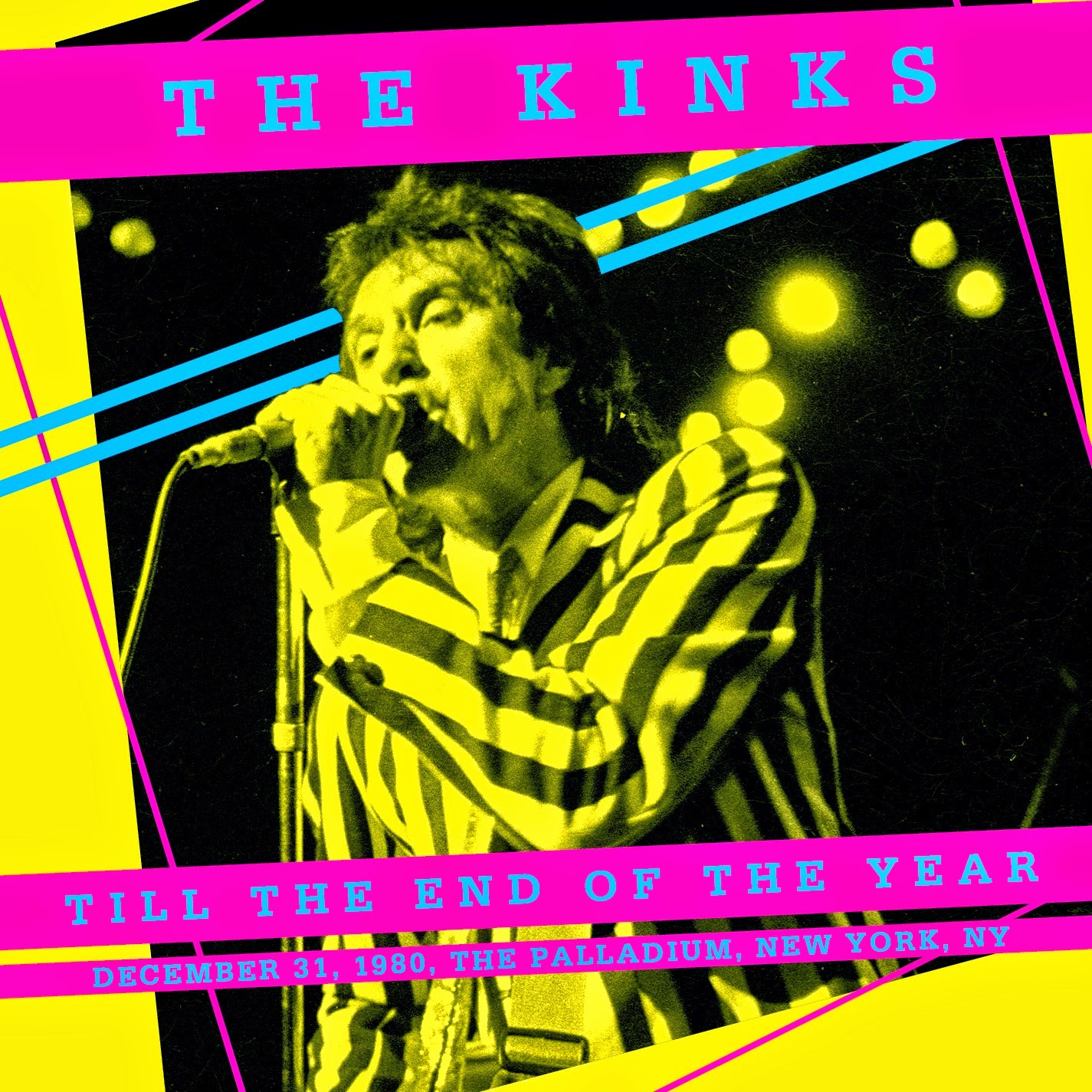 More Live Kinks! This one is from their resurgent '80's rock comeback period. This is a more complete (and slightly higher quality) version of this show than many of the other boots that are out there (Another One for the Road, etc). It includes the encores of the 'All Day' reprise then going into a very brief 'Stop Your Sobbing' going into 'David Watts' and 'Pressure', with the show wrapping up with an extended hard-rockin' version of 'Superman' (that is a definite improvement over the original disco-tinged studio version). This show captures the band at the best of their revitalized, high-energy, '80's version of the group during the Low Budget tour. 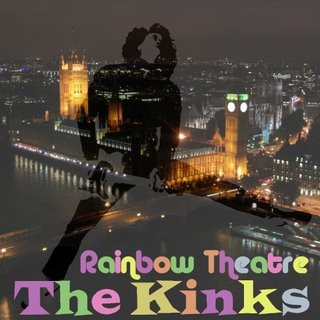 Here we have a couple of superb shows from the 'Sleepwalker' Tours (1977), each featuring very different setlists, mixing in some of their classics with the
excellent new Sleepwalker songs, as well as some songs from their much-maligned theatrical concept albums of the mid-70's. I include both here because, although the Rainbow Theatre show is a better recording and includes the essential tracks, the Winterland show provides a more extensive and quirkier setlist, containing many songs they no longer performed after this tour. Well worth checking out both.

Note: The Winterland show was actually 2/19, not 2/18 as indicated on many of the bootleg versions. The show on 2/18 was actually in Santa Monica, CA, and apparently an excellent tape of this show does exist (Now available here:the-kinks-1977-02-18-santa-monica-ca.html).
Posted by BBKron at 2:06 PM 1 comment: 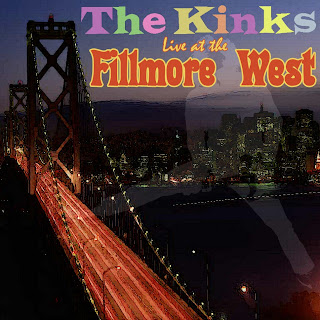